Recently, I have used Trac to manage a git project, and I used a git post-receive hook to sync the commit back to Trac.

It works fine for most cases, however, when I try to push a new branch to remote, the $oldrev becomes 0, and caused problem.

fatal: ambiguous argument '0..70e0844': unknown revision or path not in the working tree.

Naturally, I would like to figure out a way the find the beginning commit of the branch.

I thought it's going to be easy, and I googled around, and quickly find the following post in stackoverflow: 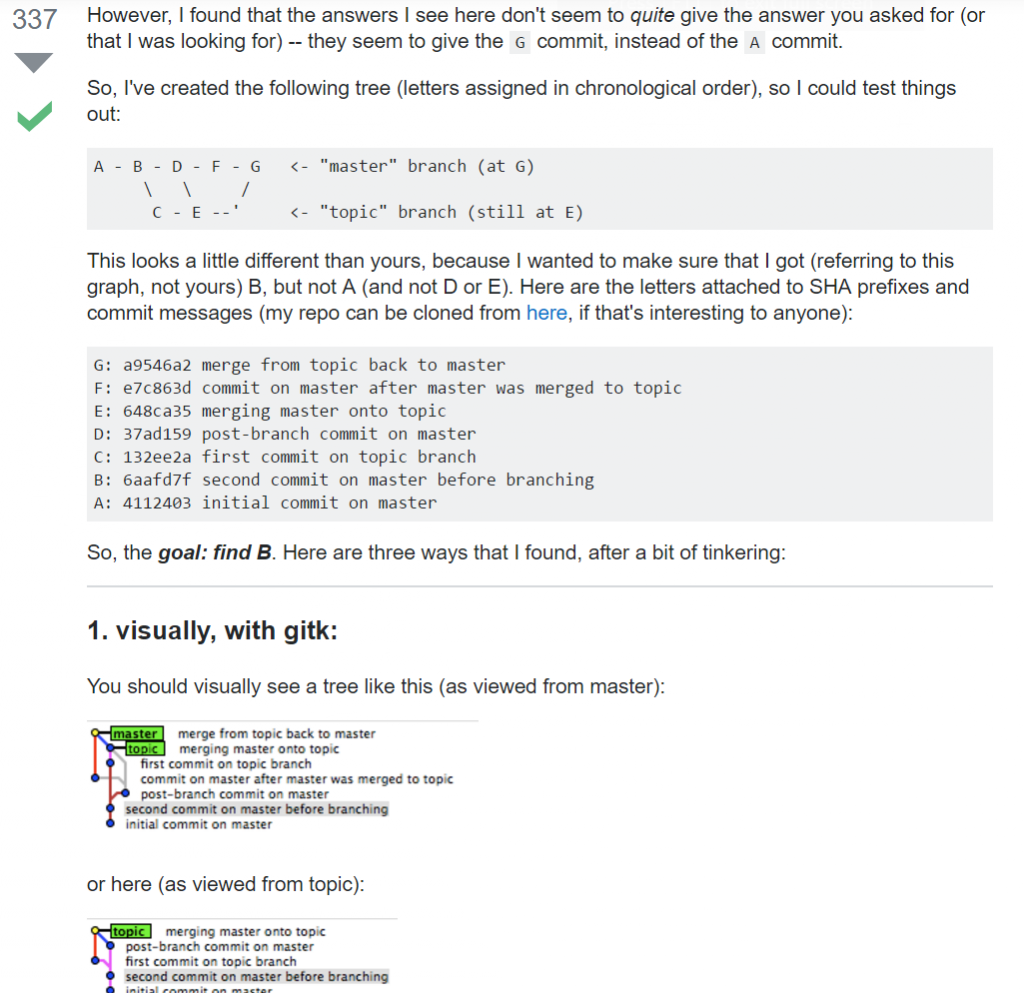 When you look into the post closely, you will find something very interesting:

This is really frustrating. I mean if it could not be done, then just tell me you can’t. But the discussions are so ‘geek' there, and every body seems excited around all those discussions. I thought git is a tool to serve people, but for those people, they are just proud of being able to throughly understand and manipulate a beast.

It’s just abnormal to me. So I guess I should understand how xcode and visual studio are written and compiled, before I could happily use them? Oh, may be all people using tortoise SVN should be burned to die, because it’s just so damn easy to use? Why git has to be so difficult?

May be this question senario is not common? But seriously, I only wanted to know where my branch started in my git-post-receive hook, I believe it’s just a fair question. And I really don’t expect such rocket science discussions at the thread.

Oh, may be the difficulty is intrinsic? Being a distributed version control system must be that hard, and you could never escape from that? It must be the same case for other DVCS like mercury?

I once believed in this way, until one day I found a nice discussion thread here:

Yeah, the title is very much biased. But it has the most through discussions in the comment section among all my readings.

Thank God! I am not crazy, and I am not the only person in the planet earth that could not get comfortable with git even after YERARS of use!!! I think the following quote illustrate the current scenario the best:

Git doesn’t say “sorry about the complexity, we’ve done everything we can to make it easy”, it says “Git’s hard, deal with it”. Yes, DVCS complictated, but git itself just further complicates it, in a very successful way.

The command lists out those commits even before the branch is started, but since Trac could filter out those duplicates in the commit_updater, it's barely fine.

The only penalty here is performance, but at least it works and I remain sane at the end of day.