I wrote the first version of Firefox extension of Simple Gmail Notes about one and half year ago, and now I am forced to develop a new one using WebExtension technology, because the old jpm addons would be fully disabled after Firefox 57.

That was quite a surprise, because when I started to develop the extension back then, jpm was the most recommended technology for Firefox addon development. And I suffered so much during the development.

Anyway, now the the extension already got some problems with new Firefox (FF 50+), especially with the OAuth. So I am left no choice except starting on this ASAP.

It turned out that the Firefox WebExtension development was MUCH easier than I thought, it was ALMOST the same as chrome extension. There are some pitfalls, but in general it was very smooth. The debug process is much better than jpm development, and I could debug and reload the addon from the source code directly, without generating an new xpi file.

Eventually I merged extensions of Firefox and Chrome into one single set of source code. I believe my extension should be of medium complexity, but I got almost no pain during the migration. 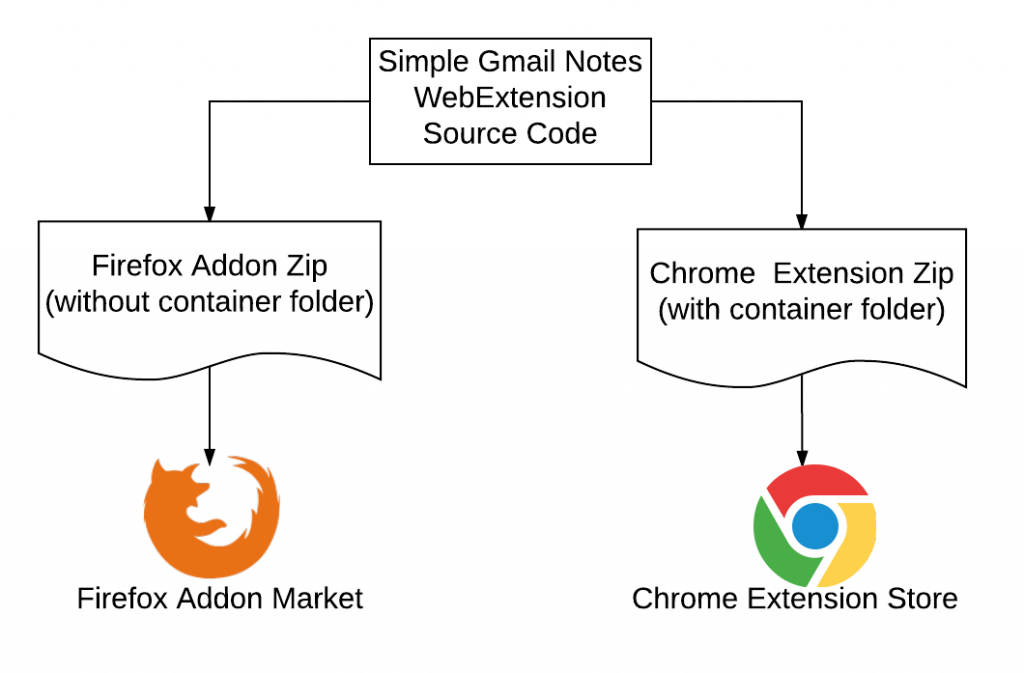 There are still two pitfalls, however. But I believe they are mostly timing related, and I suppose they should not be major iusses later in the future.

The API timing. Since the extension required access to Google Drive from Both Firefox and Chrome, an OAuth API is required. However, the API is not ready until Firefox 53. That means I could use the developer edition for the extension development, but it could not be uploaded to the market until Firefox 53 is released to the public as stable version.

Probably because of the hard deadline of Firefox 57, there is a huge queue for the Firefox addon review I have submitted my addon for almost 4 weeks now, and I am currenlty in the position of 103/210. Apparently, it would need (at least) one more month to have my addon review got started. Fortunately, now Firefox introduced the new auto-sign mechanism, which means you could have a signed addon file (.xpi) immediately after you have passed the security check by Firefox. The main disadvantages are:

They are quite inconvenient indeed, but it does help when there are some existing users got stuck with the legacy version.

Basically now I have one set of code for both Chrome and Firefoxes. I don't need to do ANY modification before I submit it to the two markets.

I place if/else in the code when differentiations of Chrome and Firefox are required in the logic. And the following list of spots implies all possible differentiations, regarding to this extension.

Let the code do the talk 🙂

And basically that's all.

You are welcome to view the full and latest source code from here.

2 thoughts on “One Extension for Both Chrome and Firefox”